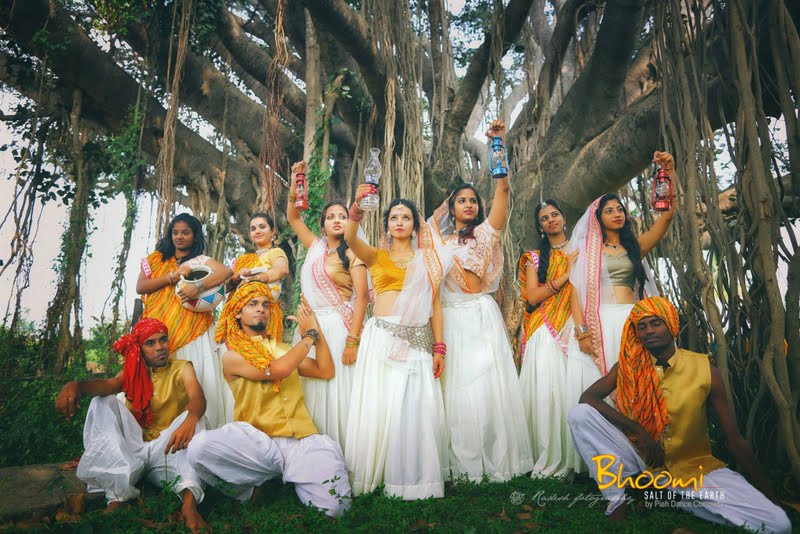 It had been another whirlpool of emotions, a lot of effort put in getting everything together, and we just finished our second production Bhoomi - Salt of The Earth. The feeling of every production has always been surreal. As a perfectionist one obviously tends to look at what did not work instead of what worked. But being just a year old in trying out productions, I was extremely proud of the team that put so much effort in getting this to happen. I hadn't revealed this to anyone except the team but I had suffered a severe fall which had injured my lumbar region near my right spinal cord just five days before the show. Productions mean just the world for me, and I was just struggling to get it all to happen. Fortunately, the injury helped me even more be in character of the bride that turns into a warrior woman. The feeling of being Bhoomi felt just so real. I woke up today morning knowing that I had actually had a war with the fantastic Suraj Rajapithamahuni who played Beera, and I had wanted to get back to my homeland as fast as I could.

Thank you so much to everyone who made it. We had a full house despite it being a Thursday. And I am so touched that you appreciated whatever effort was put into the production.

We announce a repeat of Bhoomi on March 20th at Jagriti Theatre Whitefield. I am so proud of the team that managed to pull this off. smile emoticon Special mention to Aditi Manja the associate director of Bhoomi who was the best coordinator ever. I feel like I make the best team with this woman, and she is like my soulmate. Anisha Mahapatra who has been another dancer who hadn't slept in the last one month just in trying to get this preparation to happen. Tishya Khare who got us really good make up artists who did such a wonderful job of the whole thing. Mahesh Rao who came up with his expertise in the war choreography. Shweta Krishnamoorthy who helped us get so many props in place, Stuti Khare, Madri Mankad, Aishwarya Seetharam who absorbed multiple dances as a pretty short notice. Kunal Kapadia who played the nicest brother of Bhoomi and Abhishek Pathak that played the most intelligent husband to Bhoomi. Nikhila Jandhyala who just came such a long way despite being her first production and Priyanka Bajaj for coming up with the ideation. All in all, I am very proud that we all managed to come together as one team. Coming March, you shall see an even more spectacular version of the production. So if you missed this one, the next one is for you smile emoticon Thank you guys. Bhoomi is done !